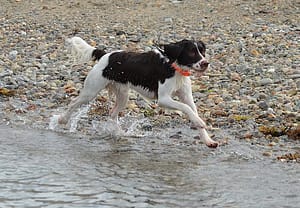 Recalls always need to be a positive experience for your dog. Be sure not to call him if you have to do something he doesn’t like. Common examples of things that are punishing to dogs include bringing him back inside when he’d rather be playing in the yard, calling him to groom him […]